Hopeful Joy was a 2014 Kentucky-bred filly we partnered in claiming at Fair Grounds in New Orleans with our friends at Horseplayers Racing Club in 2017. We won a 5-way shake for her. The well bred filly is by perennial leading sire Kitten's Joy. She passed through the Keeneland Sales ring twice, once for $145,000 and again for $100,000. The versatile filly won three races in a row for us immediately after our claim. After suffering an injury, she made a brief return to racing, but we decided to retire her and sell privately after her last run for us.  She should make an excellent broodmare. We look forward to seeing her offspring run..​

​
We won a three way shake for 2015 Louisiana-bred gelding Legendary Larry at Delta Downs with our friends at Horseplayers Racing Club. The well bred son of Star Guitar is out of the Sunny's Halo mare J Lo's Halo. Star Guitar is a 3-Time Louisiana Horse of The Year, and a fast rising Louisiana sire on the breeding front. Legendary Larry was in the barn of trainer Justin Jeansonne and was claimed away in a winning effort in his first run for us after our claim. 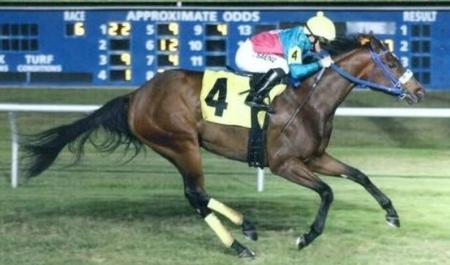 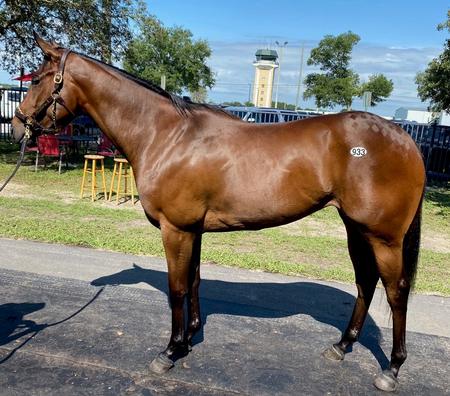 During the prestigious 2020 September Keeneland Yearling Sale, we were able to add a nice yearling colt to the stable. Our new addition was by promising new sire Gormley. Progeny from Gormley are two year-olds of 2021. Our well bred colt was out of the winning mare Seattle Charlie and one of the top broodmare sire's in Indian Charlie.  Before his career ending injury, he ran for us as a two year-old under trainer Justin Jeansonne. 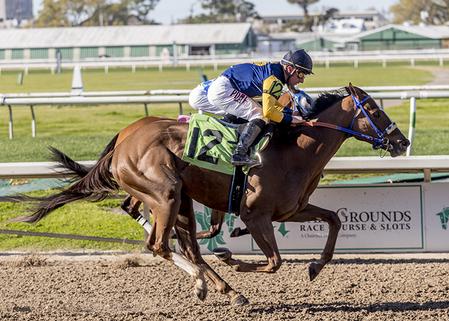 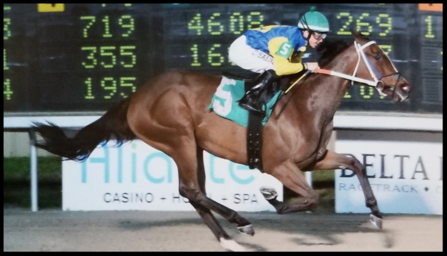 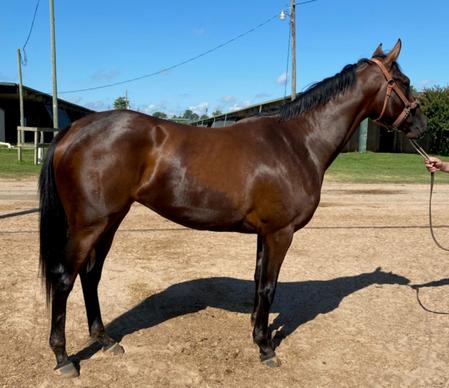 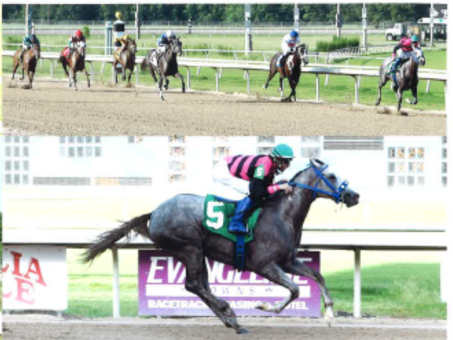 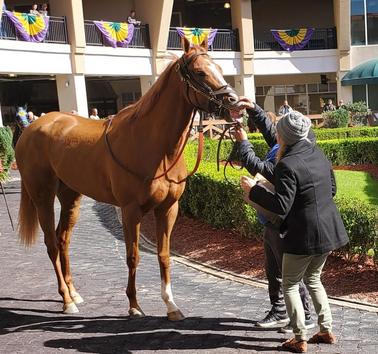 We won a 3-way shake for three year-old Kentucky-bred filly Her Kare at Delta Downs The well bred 2016 filly is by graded stakes winner Central Banker and out of the Latent Heat mare Headstrong Beauty. The filly broke her maiden in her second career start at Churchill Downs and crossed the finish line first in the race we claimed her, her third career start, but she was disqualified for drifting out and placed third. In her second start off of our claim, she scored a nice 2+ length win at Delta Downs (December 14, 2019). She followed up that win with an impressive 4+ length win again at Delta Downs (December 27, 2019). We enjoyed having the filly in our stable. She was in the barn of trainer Justin Jeansonne. 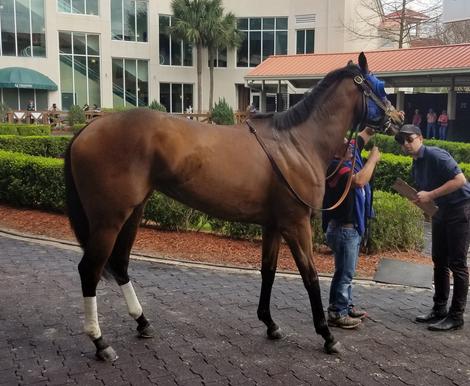 On closing day of the four day Ocala Breeders' Sale (OBS), we secured hip #933. The filly worked one furlong in 10.1 during the breeze show, and looks to be a speedy daughter of new sire Firing Line. The dam of our newest filly, Damsel In Front, is the daughter of multiple graded stakes winner Super Saver. The young two year-old was in the barn of trainer Justin Jeansonne. 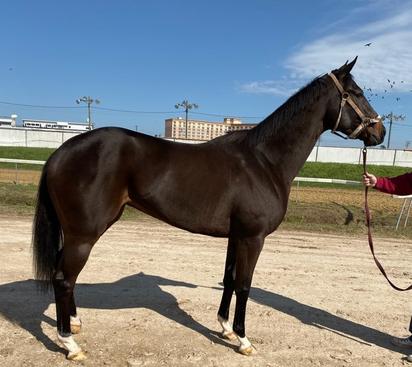 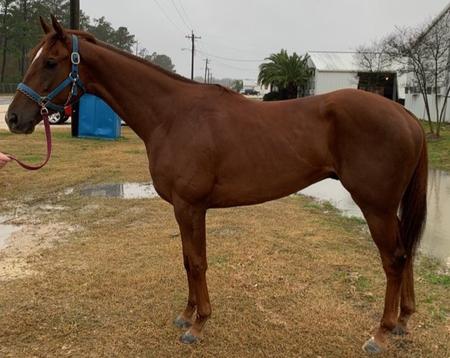 We added Draft Choice to the stable via a private purchase. The 2019 Louisiana-bred gelding is by graded stakes winner Pick Of The Litter, who is by two time leading sire, Kitten's Joy. The dam of the two year-old gelding is ThreeHits N A Miss, who is by multiple graded stakes winner Concerto. ThreeHits N A Miss was unraced, but she has produced five foals of racing age, with the three to race all winners. The well built Louisiana-bred gelding was bred by Lora Pitre and trained by trainer Justin Jeansonne.

Draft Choice broke his maiden in a thriller at Fair Grounds. Unfortunately, he was claimed away. (3/20/22)
YouTube Video

Indian Bayou was a 2015 Louisiana-bred filly we acquired from the Equine Sales Company of Louisiana Two Year-Old in Training Sale. She is by one of the top sires in Louisiana in Yankee Gentleman and out of the Mecke mare Don's Desire. The well bred filly was moved to the barn of trainer Justin Jeansonne after her debut and broke her maiden in just her third career start. She was claimed away from us after her fourth career start.

Gladee's Gray Lady was a solid 2016 Louisiana-bred filly we acquired from our friends at Clear Creek Stud. The young filly was by top Louisiana sire Half Ours and out of a producing Lion Heart mare, Ms Marigold. The young well bred filly broke her maiden in Maiden Special Weight company at Evangeline Downs. She was in the barn of trainer Justin Jeansonne and retired to the breeding program after her first year of racing. 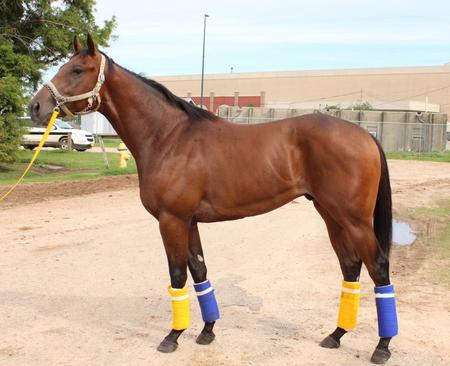 On closing day of the three day July Ocala Breeders' Sale (OBS), we secured Hip #922. The Louisiana-bred filly worked one furlong in 10.4 during the breeze show. She is the well bred daughter of 4-time Louisiana-bred Horse of the Year and 2019 Louisiana Stallion of the Year, Star Guitar. The dam (Missed Ours) of our new filly is the daughter of 4-time Louisiana Stallion of the Year,  Half Ours. The promising young 2yo, who was bred by Brittlyn Stables, will be in the barn of trainer Justin Jeansonne. Amoreena Star won in her career debut at Fair Ground by one length. She was claimed away by new connections out of the debut win.

We claimed 2016 Kentucky-bred filly Angel's Cut out of her ninth career start at Fair Grounds in New Orleans. The well bred filly is by multiple graded stakes winner Dominus and out of the Blue Grass Cat mare Raise You Up. She broke a step slow in her last race, was bumped out of the gate and checked twice on a forced 5th place rail trip throughout. It was a classic "bad trip" for her that day as the 7/5 past time favorite. We look forward to watching her develop for us. In her first run off the claim, she finished a nice closing third (3rd) over a sloppy track at Fair Grounds (February 20, 2020). In her second start for us, she picked up the WIN battling in a speed duel early and digging in gamely for the win after being headed down the stretch (March 18, 2020). She finished a very good second (2nd) to the very fast closing post time favorite in her first run at Will Rogers Downs (WRD) for trainer Dena Thomas (April 6, 2020). She was claimed away after the WRD debut effort.

We won a 6-way shake in our successful claim of Caliente Candy at Fair Grounds (February 21, 2019). The well bred 2016 Kentucky-bred filly is by multiple graded stakes winner Sidney's Candy and out of the Salt Lake mare Nicks who is a multiple stakes winner and producer of two other foals who are both winners.

We have high hopes for the young filly, who picked up back-to-back wins for us at Oaklawn Park in her first runs off of our Fair Grounds claim. She followed up those wins with an impressive victory in her debut run at historic Churchill Downs. With a win at Ellis Park in Allowance company (July 6, 2019), a win at Remington Park (September 19, 2019) and a solid third place finish in the Flash Lady Stakes at Remington Park (September 29, 2019), she has proven to be an excellent sprinter.

She closed out the year when she picked up her sixth win for us when she won a stakes caliber Allowance sprint at Remington Park (December 12, 2019). The speedy filly has wins at four different tracks in three different states since our February 2019 claim.

After a successful 2019 campaign with trainer Danny Pish, she moved to the barn of trainer Donnie K. Von Hemel, where she opened the 2020 Oaklawn meet with a thrilling photo finish win in Starter Allowance company (February 6, 2020). In her first run after nearly six month since her last race, she finished third (3rd) in Allowance Company for trainer Danny Pish (September 12, 2020). Caliente Candy notched her first career stakes win in the Flashy Lady Stakes  (September 27, 2020). Caliente Candy followed up her stakes win with an impressive win in Allowance company (November 16, 2020). It was her 10th career win (9th with our partnership).

Caliente Candy ended her career by being named the 2020 Remington Park Champion Older Female (December 23, 2020) She was truly a joy to own.